How SuperPharm Revolutionised the Pharmacy Experience in Trinidad and Tobago.

Founded in 2005, Trinidad and Tobago-based SuperPharm changed the pharmacy game for local consumers. Their modern format and extended operating hours provide customers with a variety of novel services including drive-through pharmaceutical services and a convenient grocery assortment.

Exponential growth of the business exposed the need for an improved, retail-focused system that would manage their product mix, pricing, and customer experience. Their legacy system – that is, head office controlling financial, planning, and purchasing functions while a separate warehouse managed incoming goods and distribution – saw many inefficiencies that were affecting the business across all major touch-points.

After a year of evaluating various systems and vendors, they engaged Davyn to implement LS Retail’s end-to-end retail solution. Built of the Microsoft Dynamics NAV ERP platform, the result was a completely integrated solution from point-of-sale to back office to warehouse. SuperPharm now had the tools to manage their rapidly evolving business and bring superior service to their customers. 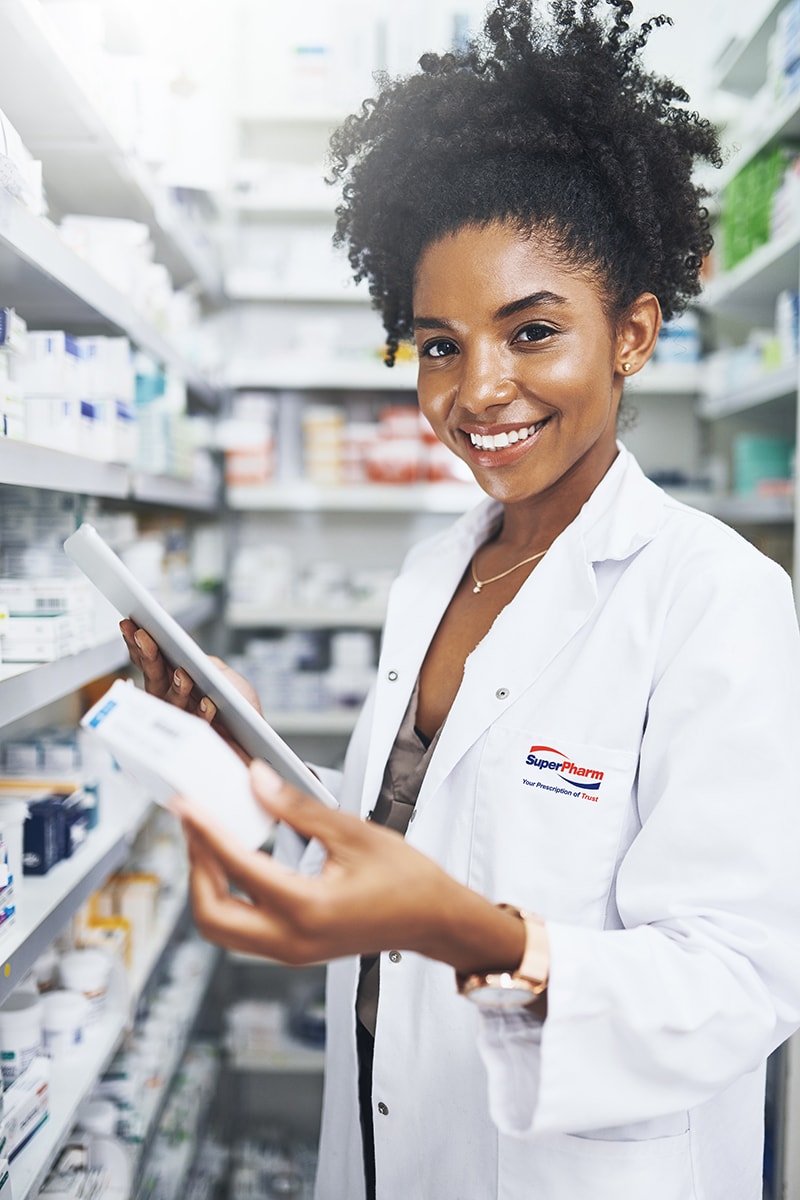 When SuperPharm began operations in September 2005, they soon realised that their main IT System was not an “ideal retail solution”. The point-of-sale functionality was only an extended module of a solution built primarily for manufacturing and distribution. As they grew, various third-party solutions were employed to make up for those shortcomings as many of the features they wanted needed to be customised.

After three years on this platform, they engaged a consulting firm who confirmed that the current system would not meet their long term needs and recommended a number of potential solutions. When SuperPharm decided to replace the IBM iSeries Server and upgrade the current solution, it again became feasible to look at alternative paths. By this time SuperPharm had grown to seven stores and business volumes had increased significantly.

SuperPharm was looking for a fully integrated solution including warehouse management capability, business intelligence reporting, and full offline capability. The system needed to be scalable and offer full retail functionality with pricing, discounting and promotions. For much of 2010 and 2011, COO Christian Anderson and IT Manager Safraz Mohammed looked at alternative retail solutions. They visited offices and conducted site visits across Trinidad, Montreal, Toronto, Austin, Seattle, and Miami. 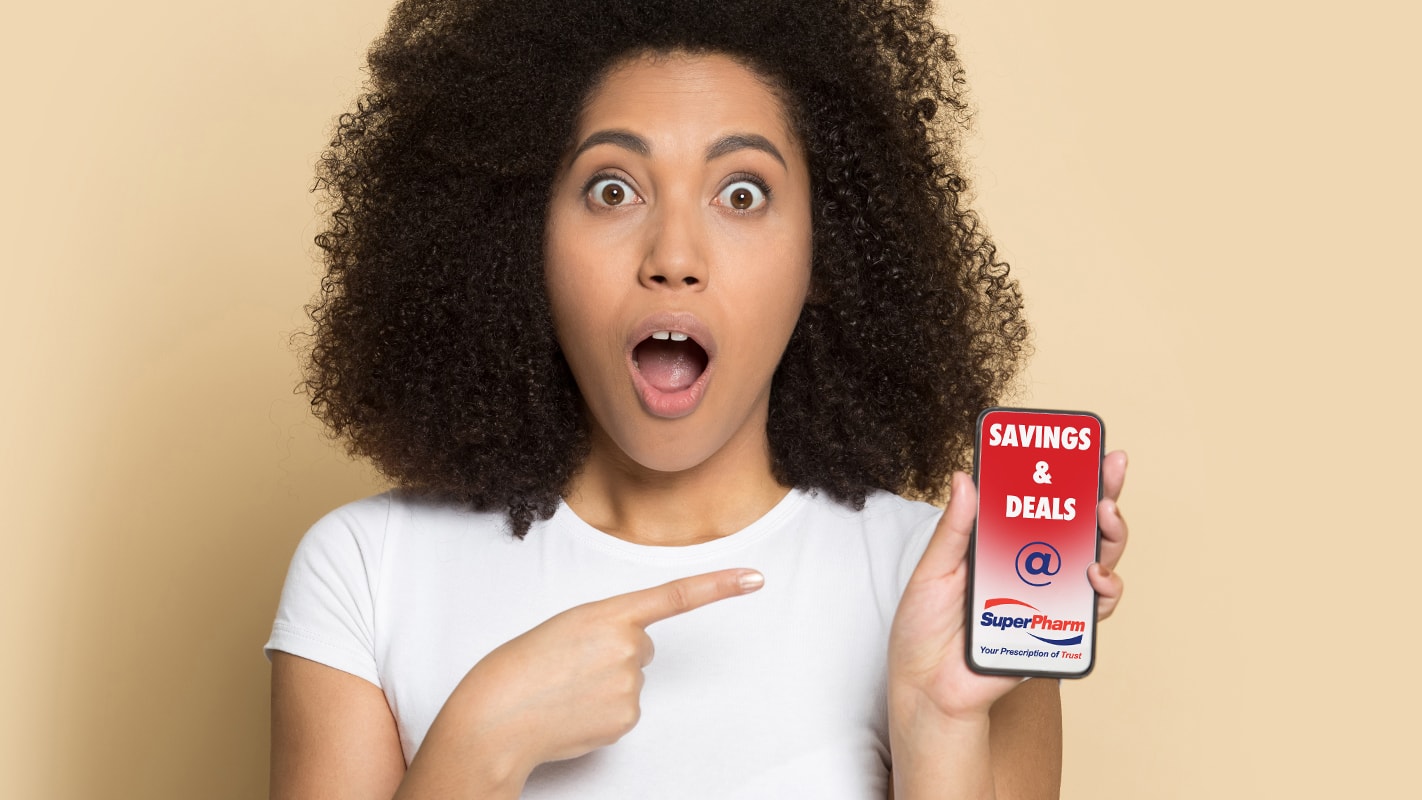 With Davyn and LS Retail, SuperPharm was able to:

Connectivity is critical to any retailer operating a centralized model where data is managed and flows to and from head office. Microsoft Dynamics NAV with LS Retail offered a very robust connectivity model and broad functionality in all areas including non-retail functions such as finance and warehouse, which other retail-specific solutions lacked. Additionally, LS Retail’s data synchronization model between the stores and head office ensured that stores can continue to transact even with a prolonged lapse in connectivity.

The solution also works with a wide range of hardware. The point of sale interface itself is completely customisable and SuperPharm has configured it specifically for their retail environment. They have also moved to user-friendly touch screens. The end result is an enhanced customer experience at the cash register.

Microsoft Dynamics NAV and LS Retail are unlike other retail solutions on the market as it offers an end-to-end solution built on one single platform. There is no separate integration to financials or a warehouse management system. The point of sale runs the same client as the back office or warehouse, and all are connected to the same Microsoft Dynamics SQL database. This was a key criteria in SuperPharm’s selection process as they were well aware of the challenges posed when different applications have to synchronize data.

An added bonus for SuperPharm was the ability to integrate with their current Microsoft Office solutions. During the implementation, they added Microsoft Office 365 for streamlined collaboration in the Cloud.

SuperPharm was using an AS400 system that was not originally intended as a retail platform. Extracting and manipulating data was difficult. The management team’s vision for business intelligence was visual reports and a dashboard that they could easily interact with. Microsoft Dynamics NAV and LS Retail use Microsoft SQL Server as a database. SuperPharm also acquired Time Extender and used this to deploy SQL Server Analysis cubes for analysis using Microsoft Excel or any other tool supporting this open technology.

Both Microsoft and LS Retail are making significant investments in their products. This provides SuperPharm with a roadmap of enhancements that will keep them up-to-date with technological trends and sharpen their edge in a competitive retail environment.

Advanced functionality and competent local support were key in my mind. I think the Microsoft eco-system of affiliated partners and products was also important in making a decision as we have seen in the range of choices for BI, WMS and handheld devices.

The company faced many challenges during the first Go Live in September 2005 when we opened our first store and we soon realized that this was not the best fit for our organisation. So, 5 years after we opened our doors we started our quest for a better solution and in January 2012 chose Microsoft Dynamics NAV/LS Retail from an impressive field of providers. Compared to the first Go Live, this one went relatively smoothly as we were able to accelerate the deployment of over 30 POS terminals within one week thanks to the hard work and dedication of a committed project team supported by consultants from LS retail and Davyn.

The sheer scale of the NAV customer base globally provided a strong case for the platform. Products don’t get this kind of market share unless they work well and provide a good ROI. Of course, there is also the confidence of knowing the product is a Microsoft product and will be supported. Though a much smaller company, LS Retail’s reputation is also very strong and their philosophy echoed with everything SuperPharm stands for.